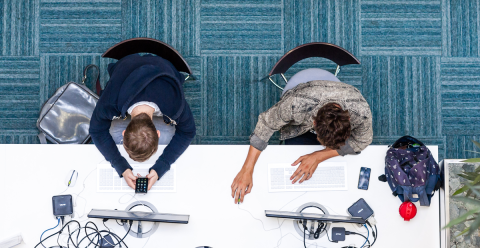 The recommendations are the product of an advisory group convened by UUK in October 2019 and come just over a year after the Equality and Human Rights Commission uncovered widespread evidence of racial harassment on university campuses.

The advisory group, chaired by Professor David Richardson, Vice-Chancellor, University of East Anglia, was informed by experts in the field and carried out in-depth consultation with panels of exclusively Black, Asian and Minority Ethnic students and staff with lived experience of racial harassment.

The resulting recommendations include practical steps that all university leaders can implement immediately:

The guidance calls on university leaders to acknowledge where there are issues in their institutions, and that UK higher education perpetuates institutional racism. It cites racial harassment, a lack of diversity among senior leaders, the Black, Asian and Minority Ethnic student attainment gap and ethnicity pay gaps among staff as evidence.

It also recommends training for senior leaders and governing bodies to improve their awareness of concepts including white privilege and allyship, and makes clear that efforts to address racial harassment will only succeed if the entire university community – including students, staff, alumni, and local partners – are engaged and encouraged to take shared responsibility for change.

Efforts to tackle racial harassment should be closely linked with wider work by universities to address racial inequalities in their local communities, as well as throughout UK society and culture.

Professor David Richardson, Vice-Chancellor of the University of East Anglia and Chair of the Advisory Group said:

“It is my firm belief that UK universities perpetuate institutional racism. This is uncomfortable to acknowledge but all university leaders should do so as a first step towards meaningful change.

“Too often Black, Asian and Minority Ethnic students and staff have been failed. While they may have heard positive words, they have seen little action.

“That needs to change now. These recommendations are designed to help university leaders put words into action and tackle racial harassment. By embracing and embedding an anti-racist approach we can ensure that 2021 is the year we lead decisive and meaningful change, not just for our universities but for society as a whole.”

“Education has the power to change lives, which is why it is imperative that every university creates a truly inclusive environment for every student to flourish and achieve their full potential. It is not acceptable that students at the same institution can have a completely different experience at university just because of their background.

“This report is timely and relevant – students from Black, Asian and Minority Ethnic backgrounds are clearly being let down, and it is a wake-up call to higher education to show we cannot ignore this issue any longer.

“I am acutely aware of the challenges that Black, Asian and Minority Ethnic students face on a daily basis, which is why I have committed to play my part in effecting change – I am hopeful that my peers will read this report and it will mark the start of a movement of change. We have a moral duty as academic leaders to address this urgently.”

“Every racist incident is one too many, and all university students and staff are entitled to a positive, safe and enjoyable experience free from racial harassment. As university leaders we have a duty of care to provide that outcome and these recommendations are designed to ensure that we do.

“Although universities have made progress in tackling all forms of harassment since the launch of UUK’s Changing the culture work in 2016, it’s clear that more needs to be done to tackle racial harassment throughout higher education. This guidance provides lessons and solutions which will help university leaders make rapid and lasting change for all those working and studying at the UK’s universities.

“All university leaders should read this guidance and implement its recommendations alongside their own activities to make a real difference to all those working and studying in our communities.”