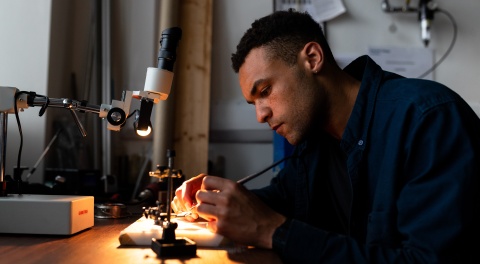 New polling by Savanta ComRes for Universities UK has revealed that 82% of prospective students in England who are either unemployed, at risk of unemployment, or looking to learn new skills would be keen to study individual modules of a university degree.

​Two thirds of those surveyed say that if the government introduces loans to study individual modules, they would be more likely to undertake university study. However, as it stands, learners must commit in advance to a qualification and take on at least 25% of the work of a full-time student to be eligible for any financial support from government.

The poll also shows that earning while learning and maintaining a good work-life balance are the top benefits of modular learning. The poll comes as universities call for the introduction of loans for more flexible study, which would unlock opportunities for those with caring or work responsibilities.

Other key findings include:

The polling also revealed concerns over how financially accessible university study is, highlighting the need for a comprehensive government-funded national education campaign on student finance – something that Universities UK has previously called for.

The lack of clear information on the student finance system is holding back individuals of all ages that could benefit from higher education. Targeted maintenance support should also be explored to ensure flexible learning opportunities are truly open to everyone who would benefit.

These recommendations form part of a wider 'Vision for Higher Education' also published today by Universities UK, outlining a proposed package of ambitious reforms to enhance universities' contribution to the nation's wellbeing, economy and communities.

Alistair Jarvis, Chief Executive of Universities UK, said: "With one million more job losses forecast by the end of the year**, it is more important than ever to boost people's skills and maximise their job prospects in a flexible way.

"The government should change the eligibility criteria for financial support for higher education to allow more people to benefit from access to shorter courses, and it should make information about the student finance system more accessible.

"The recent announcement of a Lifetime Skills Guarantee is welcome, but it is not yet clear how much flexibility will be built into the system at undergraduate and postgraduate level.

"Providing more people with the opportunity to upskill and retrain will be crucial to meeting the country's skills needs, rebuilding the economy and levelling up."

* According to the Institution for Engineering and Technology's (IET) 2019 'Skills and Demand in Industry' report, 53% of employers surveyed saw a shortage of engineers in the UK as a threat to their business.

**This stat is derived from ONS employment data and has been widely reported by media including the FT.