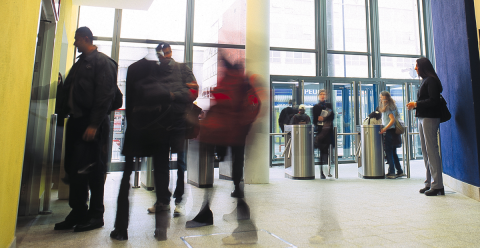 ​New research shows that students and graduates perceive university as providing a broad range of benefits.

​New research shows that students and graduates perceive university as providing a broad range of benefits and that defining the value of university degrees by earnings potential – as the government's analysis of education outcomes currently encourages* – could be seen as a disservice to our students and recent graduates.

Polling by ComRes for Universities UK found that only 1 in 3 (34%) of students and recent graduates say they decided to go to university to get a higher salary than they otherwise would have, and 8 out of 10 (79%) agreed that the government should do more to promote the broader benefits of a degree or university study, irrespective of potential salary.

In the same poll, students and recent graduates say that they decided to go to university for a broad range of reasons, including their interest in their chosen degree subject (56%), enjoying studying and learning (48%) and as a first step in building a career (50%). 84% agreed that their future salary was not the only factor they considered when deciding to go to university.

Students and graduates recognise that going to university broadens their horizons, with 86% of those surveyed agreeing that they have met people from diverse backgrounds and with different views to them at university. This suggests that university could play an important role in social cohesion in communities in the UK.

Future earnings is not the top motivation for choosing a career either, with those surveyed citing work-life balance as their top consideration (53%), with the opportunity to take on a variety of interesting work (39%) coming a close third to earning potential and financial benefits (42%).

The poll also reveals the following skills, facilities and other assets which students benefit from at university, including:

The findings also suggest a need for greater investment in student information – from better careers advice in schools and colleges, through to clearer, more accessible financial guidance.

Students and recent graduates said the top three areas they wish they had known more about before applying to university included:

Overall, students and recent graduates are positive about the benefits of university for themselves, others and wider society. 84% would recommend university to others as a worthwhile experience. 86% said university had given them the opportunity to think about what they want to achieve in the future and the same proportion said that university had helped them learn to be independent.

Professor Julia Buckingham, President of Universities UK and Vice-Chancellor of Brunel University London, said: "These results tell us loudly and clearly that policy makers and politicians have got it wrong when it comes to understanding what motivates today's students and graduates. Students do not judge the value of universities on their future salaries and neither should policymakers. We should all be asking ourselves if we really want to live in a culture that identifies success by salary alone.

"It is time to listen and take notice of what students, graduates and society really value about the university experience and consider how we can ensure prospective students have access to the information they want to inform their future decisions. Only then can we ensure that universities are valued by all."

Nicola Marsh, Head of Social & Political Research at ComRes, said: "Our research demonstrates that university students and graduates recognise value in the range of benefits gained from attending university, including building independence and confidence, exposure to new experiences, and enjoyment of learning. Future earning potential is amongst the benefits considered by students and graduates, but it is not the most important. Quality of life – for example, work/life balance – is the top priority for students and recent graduates when considering what they look for in a career, suggesting that they take a more holistic approach to their careers."