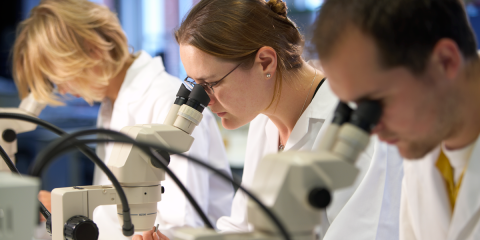 Universities UK has today written to the government seeking urgent clarity on the future of funding for UK science and research.

Although the government's Integrated Review – published today – reaffirms its aim to secure the UK's position as a global science superpower, the announcement coincides with reports that the government is preparing to significantly cut the budget for research. This comes hard on the heels of a confirmed £120 million shortfall for research funded from the overseas development budget, which has forced universities across the country to abandon current research projects with international partners.

Writing in a letter to the Prime Minister, Professor Julia Buckingham, President, Universities UK said: "…[universities] are increasingly alarmed by reports that the Treasury has not made funding available to support the UK's association to Horizon Europe.

"If this position is maintained, it will amount to an effective cut in excess of £1 billion, equivalent to cutting more than 18,000 full-time academic research posts and weakening the UK's attractiveness as a destination for talented researchers and private and foreign investment. It will also undermine the credibility of the government's expressed ambitions to provide global scientific leadership, set out in today's Integrated Review."

The letter concludes by urging the Prime Minister to intervene in discussions between the Department for Business, Energy and Industrial Strategy and HM Treasury, to prevent this outcome.

Other points made in the letter: