Golden opportunity for government to reverse decline in adult learning 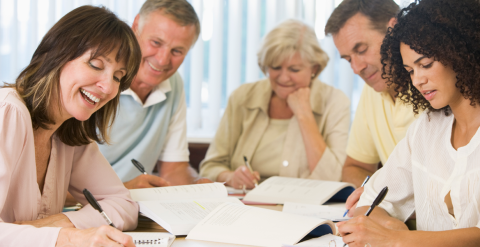 The continuing decline in adult learning could be halted through greater access to financial support when studying shorter courses, according to Universities UK (UUK).

Ahead of the upcoming Budget, UUK has written to ministers to highlight how positive action could be taken to break down the financial barriers deterring adult leaners from study, in turn encouraging more people to pursue these opportunities.

To be eligible for financial support for higher education, currently learners must commit in advance to a qualification and take on at least 25% of the work of a full-time student. Committing to this before being able to explore whether a course is right for them or whether they can balance it with their lives, can be hugely off-putting for many. It effectively prevents them from gradually building up their qualifications over time, despite the fact a 'bitesize' approach to studying may suit them better.

UUK believes government has a golden opportunity to explore how greater financial support for students studying shorter courses would work, through the targeted funding of a pilot scheme for communities identified as having skills shortages. This pilot scheme would be a crucial first step in more radical longer-term change to benefit all adult learners, those who have not yet had a chance to access higher education or those who want to upskill or reskill.

In its letter sent to government, UUK sets out how funding for a regional pilot scheme could provide second chances to pursue higher level education, including for those in work, with caring responsibilities and with disabilities.

"We know this government is committed to investment in regional economies and to helping people of all ages and backgrounds to reskill and retrain. Universities have an important role to play in that, but the current system counts against many would-be learners by restricting access to the financial support they need to develop their skills.

"There should be more than one accepted path to progress in higher education, to recognise that aspiring students of all ages have different circumstances and different needs.

"It is time for universities and government to work together on bold new ideas to resolve the long-term skills challenges of our changing economy. Breaking down barriers to studying shorter courses would not only help students to build-up qualifications over time but boost productivity across diverse regions, target local skills needs and support economic and social regeneration."