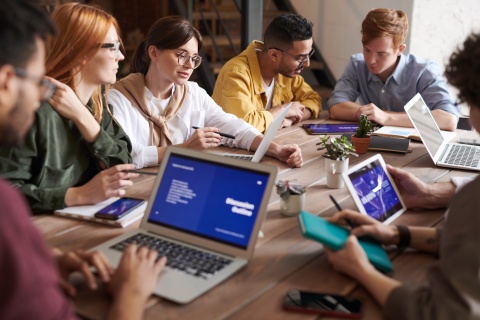 ​The majority of students and recent graduates believe the university application process is fair, however the support they receive making their career choices is a concern for many.

New Savanta ComRes polling for Universities UK (UUK) of almost 1,500 British adults who applied to university or college in the UK between 2015-2019 has found that seven in ten (70%) recent applicants think the current process is fair, although more than one in four recent applicants (28%) disagree that the application process works well in its current state.

Perceptions of fairness are being hindered by unhelpful careers advice – with 34% of those who labelled the process unfair naming this as the main reason for it being so – slightly ahead of concerns about how long it takes to navigate through the application process (29%).

Additionally, BAME applicants are more likely to believe the current system is failing them – with applicants significantly less likely to describe the admissions process as fair compared to White applicants (62% vs. 73% respectively).

The findings are among those being used to inform a major review of university admissions, established by UUK in July 2019, involving UCAS, school, college, student and university representatives. It is examining the evidence and will recommend improvements to ensure the system works in students' best interests.

The 'Fair admissions review' advisory group will also consider the value of applicants receiving offers after they have received their academic results.

"These findings will inform the recommendations of the 'Fair admissions review' advisory group on how the system can be made fairer and operate in the best interests of all applicants. The group is considering the impact of different types of offers on students and whether it would be beneficial for applicants if universities offered places after they have their grades.

"On the whole university admissions are seen as fair, but all students must have faith in the system and receive careers advice to help them make the best decisions about what and where to study. It is the job of universities, colleges, employers, schools and the government to work together to fill the gaps in good quality careers advice for applicants, and particularly to disadvantaged groups.

"We want to do more to accelerate progress on widening participation at university. The advisory group will make recommendations on the role of good careers advice, contextual offers, bursaries and other incentives in encouraging applications by students from underrepresented communities. These findings point to the need for universities to better explain and increase understanding of contextual offers and their impact on students."